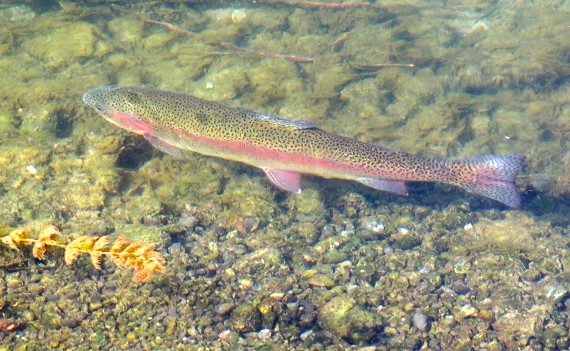 A steelhead resting in cool water at the mouth of the Little White Salmon in 2016.

Most of what I have read recently has been educational.  Knowing what is going on with our anadromous fish has been a crap shoot.  Some of what I hear makes sense, but most of it doesn’t.  There are a lot of opinions out there that are not backed by good science. So, when I find something that is backed by good science I save it, but just saving it doesn’t do anybody else any good.  This column is about a few things that I thought were worth reading.

The first article came in the form of an email written by Joe Dupont, Clearwater Region Fisheries Biologist.  Joe’s subject was titled “Explanation for a poor steelhead A run 2017.” His article is about four pages long, is very scientific and has a number of graphs and charts. I believe it is well worth a fisherman’s time to read and understand the contents.  We have the article posted on our website. Go to:

The second article that I thought was interesting was published on the Keepemwet website. Keepemwet is a partner with FFI and their website is at www.keepemwet.org.  One of their contributors is Sascha Clark Danylchuk.  Sascha is a fish scientist who specializes in recreational fishing, primarily catch and release.  She also believes that anglers can learn a lot from scientists and that scientists need to make their work available to the public.  Many of her blogs discuss how we can understand and apply what scientist are publishing.

The Keepemwet site published an article by John McMillian dealing with runs of steelhead as well as chinook, coho, chum and pink salmon in the Skagit River. These five species are different in the amount of time their fry live in fresh water, their time in the ocean, and the number of times they return to freshwater. John writes about the differences of the life histories of each species and how that affects the longevity of the species. You can read his piece by going to the keepemwet website and click on the blog or got to these two websites:

My last item concerns the poor run of steelhead on the Thompson River which is part of the Fraser River system in British Columbia.  The Thompson River steelhead are noted for their large size, slim bodies and large tails.  These features make them one of the finest fighting steelhead worth pursuing. Some anglers consider them the ultimate British Columbia steelhead. This run of steelhead has never had to deal with any dams. Over the past 35 years the Thompson River steelhead runs have been as high as 3,000 fish. In 2016 the run went below 500 fish, a level never reached in the recent history of the Thompson. This year the run has been forecasted to be 240 fish. A couple of issues are being blamed for this low number.  First, the Fraser chum salmon return around the same time of the Thompson steelhead and about a quarter of the steelhead are killed in the gill net chum fishery.  The second issue is the deterioration of the ocean conditions for which global warming is being blamed.  Another problem is that the commercial fisheries is regulated by the Canadian Federal government and the recreation fisheries are managed by the BC government. All in all, the BC fisheries managers are very worried that the Thompson River steelhead may soon be extinct.

Conservation seems to be having a bad year 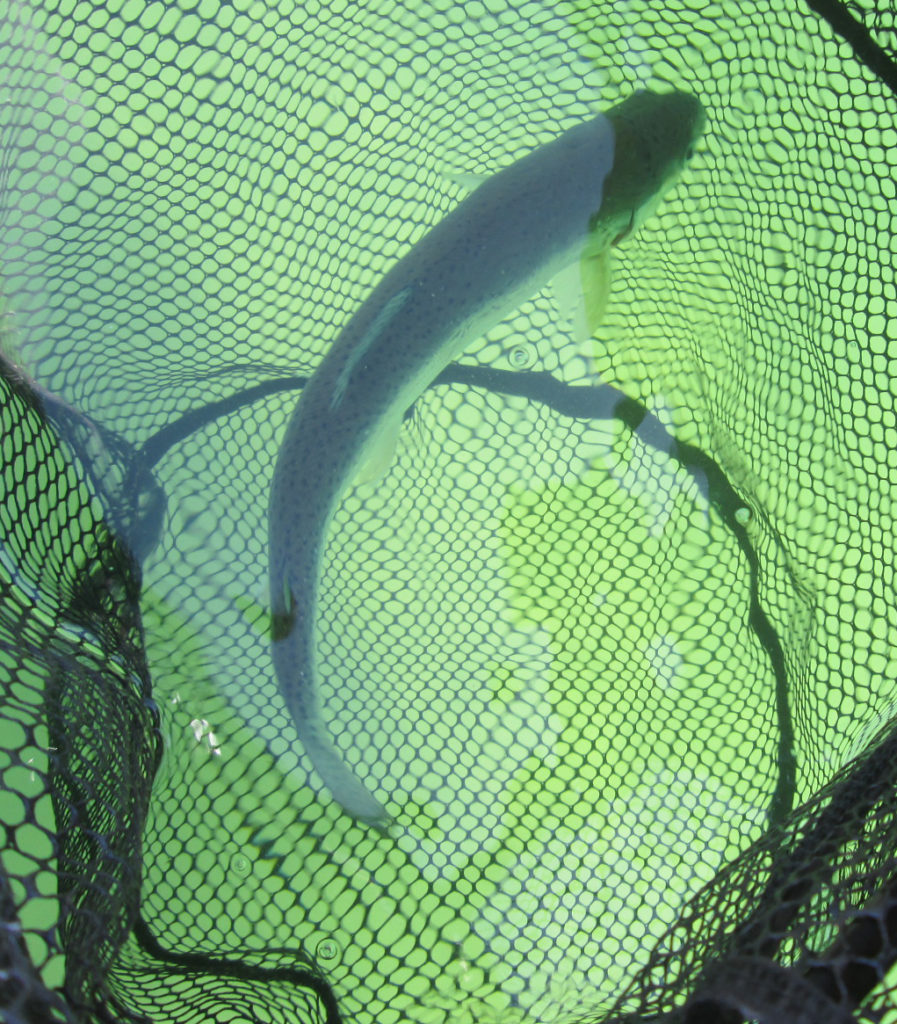 A nice Deep Lake rainbow that came to the net in 2016.