and arrive in your email in early June. Please vote by June 12.

for today and tomorrow 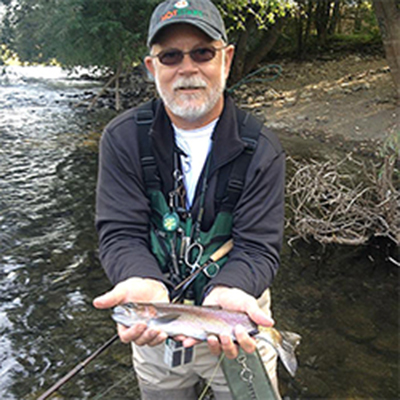 I worked for Cowles Publishing in Spokane, Washington for 43 years until retiring in 2010. I began fly fishing about 1973, a self-taught fly tyer from the Herters Professional fly tying book. I learned to build fly rods from Earl Grotto and John Propp.   I, along with my wife, am a founding and original board of directors of the Spokane Fly Fishers and have been a member of the IEFFC since 1974 and was IEFFC President in 2012. I was a Boy Scout fly fishing merit badge councilor for about 5 years. I enjoy fishing Washington lakes and streams. I was asked to be a BOD member of the WSCFFF in 2012. 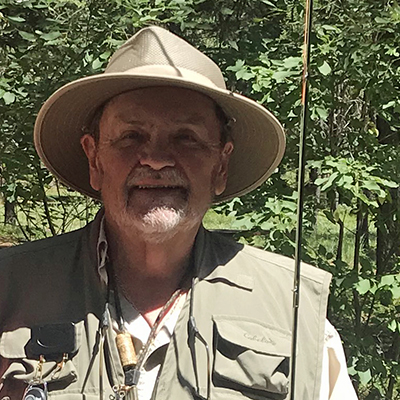 I grew up in the Seattle area and fished as a youth for many years.  As time moved on and I completed my working years, I retired in 2000 and discovered fly fishing.  It wasn’t long before I became active with PSFF in 2001, a Life Member of the FFI in 2002 and BOD member of the WSCIFFF in 2003, and a BOD member for SSFF in committing to various officer responsibilities.  I am presently the Government Affairs Chairman for the WSCIFFF.  13 years ago I became a Co-Director of The NW Youth Conservation & Fly Fishing Academy in Lacey, WA.  Along with Jim Brosio, we assumed the responsibility of continuing the Academy, after the founder, Dick Nye retired.  The Academy is for boys and girls 12-16 years old, conducted for one week, usually the last week of June.  I have been proud to conduct the Youth Programs at the annual FFI National events.  The future of our FFI organization is in the future of our youth. 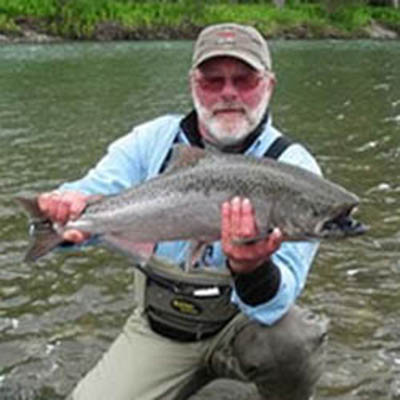 I am a retired general contractor living in Gig Harbor who has been angling the Pacific Northwest for over 30 years. The fly rod captured my attention 13 years ago, and I have picked up the gear rod only a few times since then. I studied for three years and became a Certified Casting Instructor in 2013. I find just about as much pleasure throwing a perfect loop as I do hooking a great fish. Well, I said almost! I have been working with Northwest Youth Conservation and Fly Fishing Academy, Tacoma School of the Arts and SAMI teaching larger groups of young men and women casting as well as many smaller groups and individuals. I am constantly working on improving my ability to communicate and demonstrate good casting form as well as working with each individual and their particular casting style. I am available for both group and private lessons. It is an honor to serve on the Board of Directors of the Washington State Council of FFI and have a hand in passing it on to future generations. 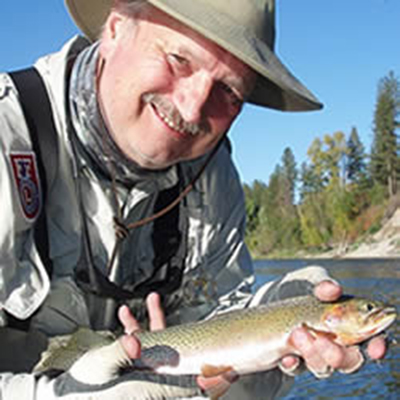 I joined the Board of Directors in the early 2000’s and have held the positions of Director at Large, Treasurer and Secretary and Auction Coordinator. I am a life member of the FFI. I belong to the FFI President’s Club and I am a sustaining member of the new FFI program, 1000 Stewards. I am a life member of the FFI Fly Tying Group. I am a past member of the FFI Board of Directors. I am the president and newsletter editor of the Alpine Fly Fishers Club, which is a FFI Charter Club located in Puyallup. I am a retired law enforcement officer. I am an all waters fly fisher but I prefer to fish for trout and smallmouth bass in the rivers of western Montana and eastern Washington.  I fish with both graphite and bamboo fly rods. 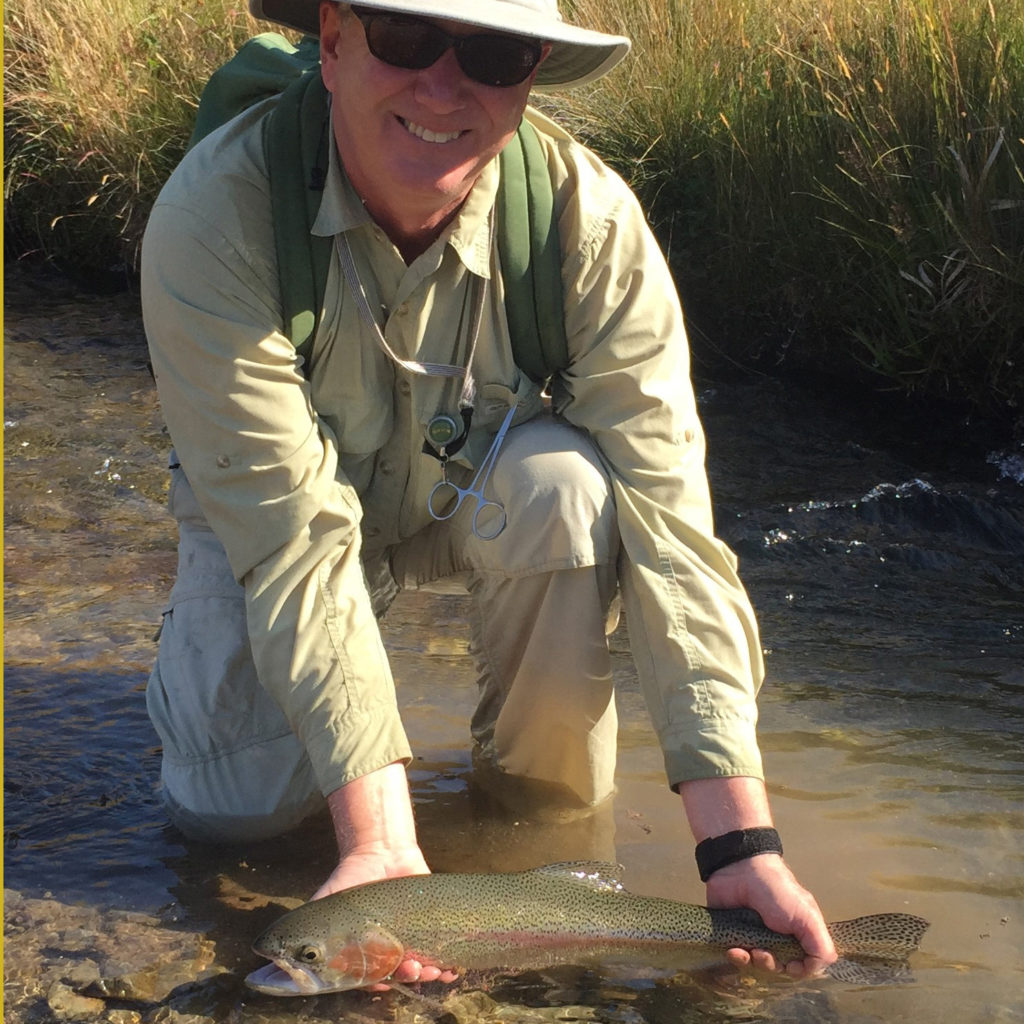 Over the past 45 years I have become enamored with fly fishing and rafting. I will hike and float anywhere to catch any fish. I really enjoy multi day camping on the Northwest’s white water rivers. The longer the trip the better. I have learned to tie flies through reading and watching others.

At a young age, Dave’s father introduced him to fishing and sparked a lifelong passion to experience and enjoy life in the great outdoors.  Growing up in Eugene, Oregon, his stomping grounds were and remain legendary namesakes such as Crane Prairie and Hosmer Lakes as well as the Deschutes, McKenzie and Umpqua Rivers to name a few.  While Dave quickly discovered the thrill of having a fish on, it was the awe of his surroundings that instilled his deep passion for fishing and conservation.  Dave has dedicated his professional life to the fly fishing industry and has spent the last twenty-plus years relentlessly trying to surpass expectations as a guide, outfitter owner, conservationist, and fly fishing ambassador.  Dave is quick to note that he is nothing in his pursuits without his wife Natalie and daughter Nessa, who constantly remind him why he is so inspired without saying a word.  In addition to owning and operating Emerald Water Anglers, Dave represents several fly fishing brands including Patagonia and Costa Sunglasses and Echo/Airflo rods and lines. 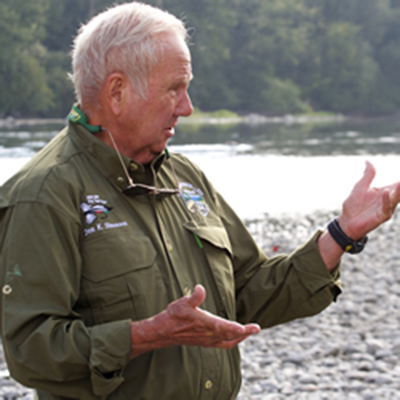 I have been teaching fly tying and fly casting since 1970.  I have been a member of the FFI since 1980.  I have been the casting chair for many years and served as the West VP for several years.  I would like to continue to serve as a director at large for another term.

Jay has been Life member of FFF since 2009.  He is a member of Tualatin Valley Trout Unlimited group.  And has served as Deputy Area Coordinator for Project Healing Waters (Portland, OR and Vancouver, WA).  He&rsquo;s been involved with PHW for last 5 years.  Jay is a VA Hospital Volunteer, Life member of the Disabled American Veterans and Retired National Service Officer Supervisor for the DAV.  He retired (medically) from the US Marine Corp after 13 years active service.