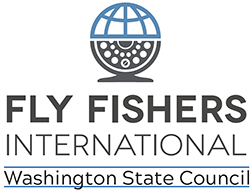 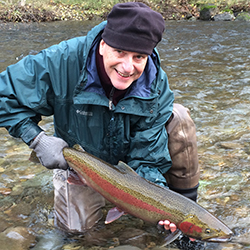 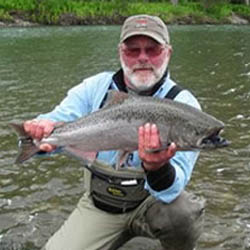 I am a retired general contractor living in Gig Harbor, Washington who has been angling the Pacific Northwest for over 30 years. The fly rod captured my attention 13 years ago, and I have picked up the gear rod only a few times since then. I studied for three years and became a Certified Casting Instructor at the WSCIFFF Fair in Ellensburg in 2013 and have been working on becoming a Master in the Art of Teaching for over 5 years now. I find just about as much pleasure throwing a perfect loop as I do hooking a great fish, well I said almost! I have been working with Northwest Youth Conservation and Fly Fishing Academy, Tacoma School of the Arts and SAMI teaching larger groups of young men and women the Art of Fly Casting as well as many smaller groups and individuals. I am constantly working on improving my ability to “COMMUNICATE AND DEMONSTRATE” good casting form as well as working with each individual and their particular casting Style! I am available for both group and private lessons, 253 377 1798.  It is an honor to serve on the Board of Directors of the Washington State Council of the International Federation of Fly Fishers and have a hand in “PASSING IT ON” to future generations. 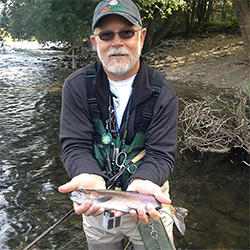 Chet Allison started life on 1/17/48.   I worked for Cowles Publishing in Spokane, Washington for 43 yrs retiring on Dec. 30, 2010. I began fly fishing about 1973 self taught fly tying from the Herters Professional fly tying. I learned to build fly rods from Earl Grotto (took his fly tying class) and John Propp.   I, along with my wife, am a founding and original board of directors of the Spokane Fly Fishers and have been a member of the IEFFC since 1974. Was IEFFC President in 2012. I was a Boy Scout fly fishing merit badge councilor for about 5 years. I enjoy fishing Washington lakes and streams. I will be traveling the state in my motorhome fishing those waters real heavy starting the spring of 2013. A long the way I hope to learn some new waters and meet some new friends. I attended the fly tying expo at Ellensburg in 2012 and will be there for years to come. I will be showing the beginning fly tiers effective easy to tie flies. I was asked to be a BOD member of the WSCFFF at the Fly Fishing Fair in 2012. 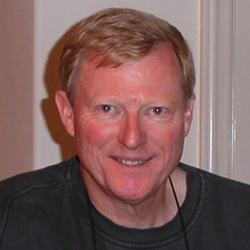 I have fished for as long as I can remember and have done mostly fly fishing for at least the last 20 years.  After I retired in 2004, we moved to the Spokane area where I enjoy fishing all the nearby lakes and more distant streams.  I also like to travel and try new places for different fish.  This a sport that allows you to continually learn and improve if you’re willing to put in a little effort.  I also like fly tying and that is an area where I can definitely continue to learn.   I usually have a camera or binoculars close by when I’m out fishing in case an interesting bird happens by.

I joined the Inland Empire Fly Fishing Club in 2005 and was chair of the Projects Committee for several years.  I continue to coordinate the club’s program at the Big Horn Sports Show to teach fly tying to young (and old) people and I am currently serving as club President. 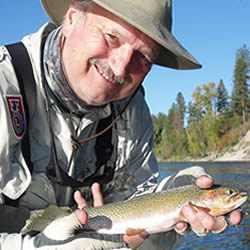 I am the Vice President of Membership plus I also am the Vendor Coordinator for the WSC Fly Fishing Fair held in Ellensburg.  I joined the Board of Directors in the very early 2000’s and have held the positions of Director at Large, Treasurer and Secretary and Auction Coordinator.

I am the president and newsletter editor of the Alpine Fly Fishers Club, which is a FFI Charter Club located in Puyallup, WA. I am a retired law enforcement officer.

I am an all waters fly fisher but I prefer to fish for trout and smallmouth bass in the rivers of western Montana and eastern Washington.  I fish with both graphite and bamboo fly rods. 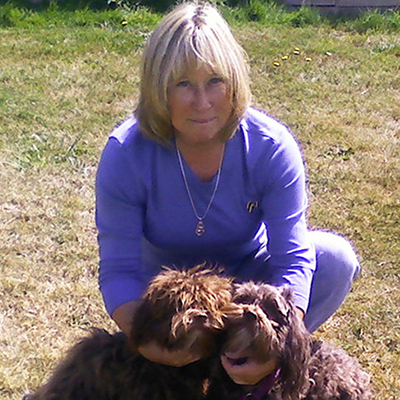 Carol Anderson is an avid sailor who has raced or cruised six different oceans. When not traveling, Carol loves to fish Western mountain streams, a passion that began in her Seattle backyard stream at 8 years old. Carol spent 40 years designing, developing and delivering science education multimedia and online content. She began her career in elementary education before becoming a professor of technology education at Western Washington University. Carol is the founder of FlySci, a non-profit science of fly-fishing educational organization specializing in environmental sciences and conservation. 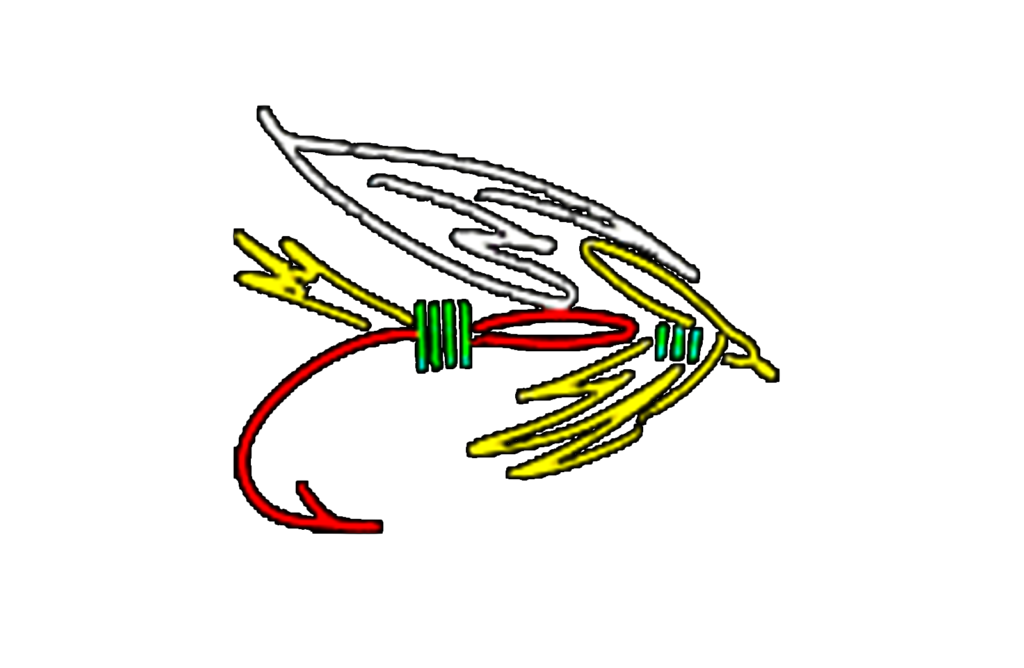 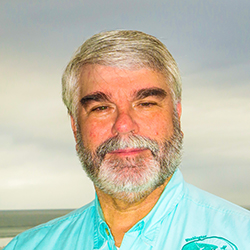 I began my journey as a fly fisher in 1966 (wow almost 50 years ago) when I used my fly rod to toss flies instead of bait in the streams near my house in New Jersey. Over the years through job locations and travel I have fished in at least 15 of the states as well as Mexico. I belonged to fly fishing clubs in Tennessee, Louisiana and now Washington. I truly enjoy fishing streams and rivers for trout although I have been known to fish for anything that swims. In 2004 I joined the Council as Treasurer and added VP Westside in 2005. In 2006 I was elected to my first 3 year term as President. I am now in my third three year term, and hopefully last, as President. I am incredibly proud of how the members of the Council have made the Washington Fly Fishing Fair a growing success since 2007. It has been my pleasure to be part of the Board that has worked so hard to serve the fly-fishing community.

I am a relatively late convert to fly fishing, having started in about 2005 when we moved to Washington State and landed up on Lake Alice.  A Board member of  Washington State Council (WSC) since 2014 and have attended all the fairs in Ellensburg since then.   In fact, passing my Certified Casting Instructor and Master Casting Instructor tests at Ellensburg.  Its not without trepidation that I follow Carl Johnson into this role.  Carl has done an incredible job at growing and sustaining the Council and we all benefit from what he has accomplished.  Luckily, he’s not going anywhere for a while.
In addition to being President of the Council, I am on the FFI Casting Board of Governors (CBOG) and hope to be a liaison between the Council Presidents Committee (CPC) and the CBOG.  I am Co-Chair of the Awards Committee of the CBOG with Don Simonson, another selfless contributor to FFI and WSC.  I am also on the Fair Committee and the North American Testing Events Committee of the CBOG.
Your Council is supported by an excellent group of individuals on the Board.  We have filled two vacancies and are in the process of replacing some individuals who wish to step down from current responsibilities as they move to the FFI Board or retire from our Board.  More on this as we progress.
Our goal in the years ahead is to add to and diversify WSC membership.  To this end, we have initiated a more vigorous social media approach in an effort to reach out to all fly fishers, especially those groups underrepresented in the fly fishing community leadership.
We encourage everyone in the Council to become involved in their local fly fishing community and welcome any and all help to the Council.
See you on the water, and remember that good backcasts are the basis for a good forward cast.