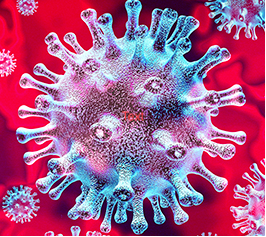 I’ve been talking to officers of fly clubs in Washington and Alaska about how they are handling club meetings and activities after seven months of pandemic. The responses have varied, but Doug Nordstrom, treasurer of the Evergreen Fly Fishing Club summed it up well.

“We’re deep into the process of seeing how we can connect with our membership,” he said during a recent phone call. The challenge is to “keep them aware and active in the club since we can’t physically meet.”

The challenge is the same for every club. In conversation with officers in nine of the 17 clubs in the Washington Council of FFI it became clear the challenge is finding ways stay in touch since indoor group activities are unwise and outdoor gatherings few and far between. Clubs have cancelled most outings. Annual awards banquets, fundraising auctions, Christmas parties have all gone by the wayside. An overriding concern of every officer was finding ways to stay in touch without threatening the health of their membership.

“It’s gotten a little rough with the covid,” said Fil Martinez of the Fairbanks Fly Fishers. There are three Alaska fly clubs in the Washington Council. Social distancing is a priority for clubs affiliated with Project Healing Waters. The Fairbanks club is one of those clubs.

The Cowlitz Fly Anglers have met informally on the back porch at the Black Heron Fly Fishing shop in Longview, said member John Kendall. Members show up in masks, keep a social distance and catch up over a cup of coffee.

The Washington Council has some help to offer. We now have a Zoom account to share. Zoom is the online meeting and conversation software that businesses and families are using to stay in touch at social distance. The council can lend the account to any of the clubs in the council at no cost. Details appear elsewhere in this newsletter.

Online meetings can work. The Overlake Fly Club held its first Zoom meeting in April. The gatherings are attracting about 40 to 50 members. President Steve Foisie said the club also has held a few casual gatherings online to talk about fishing techniques and destinations.

Puget Sound Fly Fishers held its second monthly Zoom meeting in September and plans to continue meeting online. Fidalgo Fly Fishers will hold its October meeting online and is planning to launch its regular fly tying gatherings online as well. Northwest Fly Anglers are holding their fourth Zoom meeting this month. Clark-Skamania Flyfishers held its first monthly meeting online in September where President Don Kohler was surprised to count “66 noses.” The club has several husband and wife members and couples appeared together in many Zoom windows, he said.

And more clubs are getting online. Both the Alpine Fly Fishers and the Inland Empire Fly Fishing Club are holding membership meetings online for the first time in October.

Keeping a membership club together and functioning during a pandemic is hard. We’re all beginners at this. A tip of the hat to clubs that have figured it out. Keep up the effort. For clubs that are still wondering about the process one way to learn is to listen in on a meeting by a club that has successfully moved online. Contact President@wscffi.orgto get contact information for upcoming club meetings.