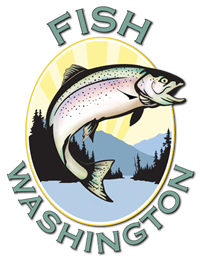 At one time or another most of us have walked to the edge of a river or lake and asked ourselves, “Can I fish here?”

Washington fisheries managers are taking several steps to make it easier to answer that question. This fall the Washington Department of Fish and Wildlife will release an app for Apple and Android smart phones that will provide site specific information about fishing rules on rivers and lakes statewide. In addition, fisheries managers are reviewing dozens of fishing rules with the  goal of making  it easier to know when you can fish in every part of the state.

To keep anglers informed on the proposals, there will be a series of public workshops said Craig Burley, Fish Management Division Manager.

In August, the department will seek public input on proposed simplified rules at a series of public workshops around the state. Watch the WDFW Web site for details. People will also be able to review the proposals online and submit comments through the WDFW website at http://wdfw.wa.gov.

Because of the state’s diversity of  species – and the legal environment in which fishing takes place – WDFW is focusing initially on rules governing steelhead, trout, warm water species, sturgeon, shad and carp.

Following the completion of the initial simplification effort, WDFW will focus on rules related to salmon, shellfish, and marine fisheries, including bottomfish