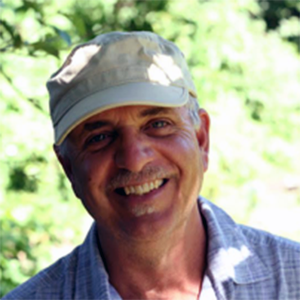 Tom Cammarata: originally from Detroit Michigan and a Seattle native since 1987, and has been fly fishing and teaching fly casting for 7 years. He became a IFFF CI in 2016 and is currently a IFFF MCI candidate.  He has strong passion for fly casting and Trout, Steelhead, Sea-Run Cutthroat, and Bonefish fishing. 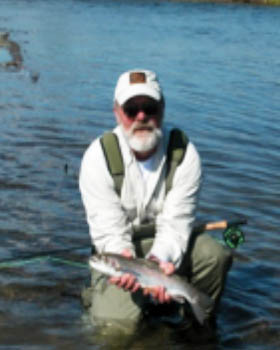 Robert Gerlach: My passion for Fly Fishing began in 2001 when he met my wife. I picked up a spey rod very early on and put all other forms of fishing aside. I have since become a Certified Casting Instructor and I am on the Board of Directors for the Washington State Council of the International Federation of Fly Fishers. I am available for private or group lessons and can be reached at rwg@anewds.com or by phone at 253 377 1798 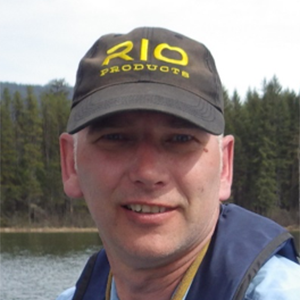 Ruben Breitkreutz: Being born in BC, Ruben was lucky to be introduced to the sport of Fly Fishing / Tying at the age of 12. He has been an avid Fly Fisher/ Tier for over 40 yrs. As a FFI Certified Casting instructor, he has been teaching Fly casting and Fly tying since 1996.Fly casting and fishing has allowed him to travel throughout North America and Tropical locations such as Bahamas, Cuba and Christmas Island.

He enjoys entertaining fly clubs and audiences of all ages in Single hand, Spey casting classes, presentations and demos. Teaching over twenty classes annually.  He is willing to share his knowledge with everyone he meets. 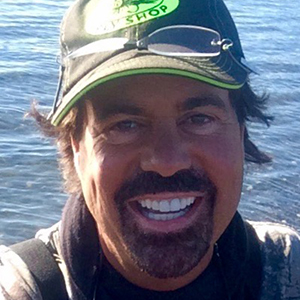 Jimmy LeMert: A Seattle native, started fly-fishing when he was 12 years old and has been teaching fly casting classes for 35 years. He became an IFFF MCI in 2002 and has taught over 1000 fly casting clinics since that time.  He has a strong passion for warm water fly-fishing as well as his local speciality fly-fishing Puget Sound for salmon and Sea-Run  Cutthroat. He has owned Patrick’s Fly Shop for the last 28 years and also enjoys teaching fly tying. 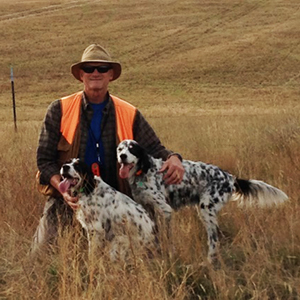 Chris Madison: Chris enjoys all things outdoors. If not fishing, giving casting lessons, or guiding he is most likely bird hunting with his Lewellyn Setters. 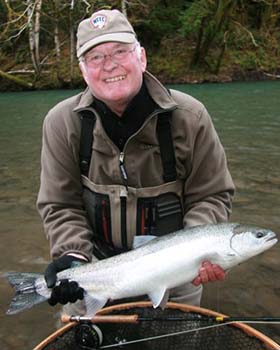 Pat Peterman: With a lifelong interest in fly fishing, Pat has developed a dedication and  passion about teaching fly fishing skills, especially casting. He is a Master Certified Casting Instructor with the International Fly Fishers (IFF). He has offered casting classes and casting demos at many club events, IFFF regional events and at the IFFF International Conclave and is involved in the IFFF Casting Instructor Certification Program (CICP).

He teaches group and private lessons and can be contacted at patpeterman@gmail.com

P.S. Don’t expect to find him doing any of the above during Steelhead season. 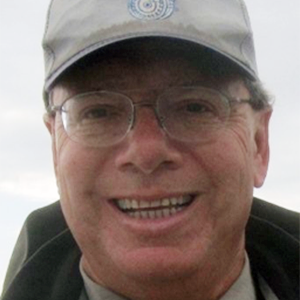 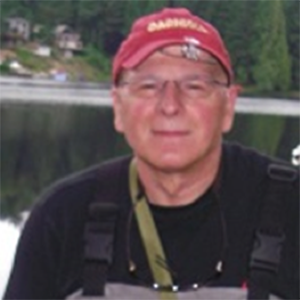 John Roskopf: I first learned to cast a fly from a grade school buddy and henceforth declared myself a “fly fisherman”.  After years of frustration, I met a certified casting instructor and learned how to properly cast and consequently began to catch fish!   Since then, I’ve studied and practiced hard, eventually becoming a Certified Casting Instructor as well as a budding Masters Candidate.

I love teaching fly casting and the feeling of accomplishment from seeing students grow in knowledge, confidence and skills.

A recently retired financial professional, I’m on the board of directors of the Overlake Fly Fishing Club.  I look forward to meeting you! 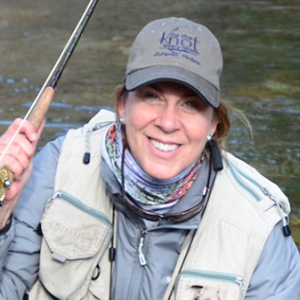 Molly Semeni: Molly started teaching fly-casting back in the 80’s after she left the Midwest and landed in Utah.  In 2000, Molly and her family moved to Livingston Montana where she began a 15-year guiding career.  During this time, Molly started Tie The Knot Fly Fishing, became an outfitter and Master Certified Casting Instructor through the IFFF.   Another move took her further west to Birch Bay Washington.  A Two-Handed fly rod is now her go to method in the PNW.  Molly has a recent book out titled 25 Best Off-the-Beaten Path Montana Fly Fishing Streams by Stonefly Press.  Molly is currently on the Casting Board of Governors and Board of Directors of the IFFF. 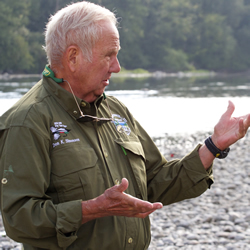 Don Simonson: Don has been instructing fly casting and fly tying for 40 years.  He is a Life Member of the International Federation of Fly Fishers, Washington Fly Fishing Club and Methow Valley Fly Fishers.  Don is a FFF Master Certified Fly casting Instructor and a member of the IFFF Casting Board of Governors. Don served the Fair as Co-Chair of the Casting Program and will be examining Instructors. He has also mentored or examined nearly every instructor in this program. In 2013 he was awarded the Mel Krieger Casting Instruction Award by the Board of Governors of the IFFF Casting Instructor Certification Program. 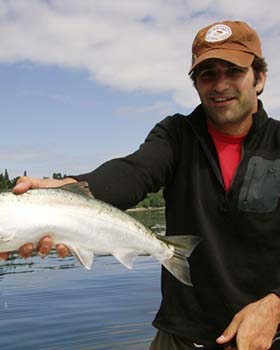 Ryan Smith: Ryan has a degree in biology and has worked in publishing and conservation along with guiding fly anglers for over a decade.   Currently, he is the managing owner of The Avid Angler in Seattle.  And on a rare day off, you will find Ryan combing the Puget Sound beaches, chasing steelhead and searching for the next great piece of holding water.  Growing up in Oregon and a few years in Montana, Idaho and Wyoming prepared him for our diverse local fishing. Ryan is a certified casting instructor through the IFFF 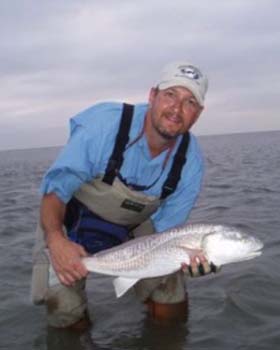 Todd Somsel: Todd  has been fly fishing since the age of 8, is  member of the RL Winston Prostaff, former fishing guide,  and avid fly tyer. He is a Master Certified Casting instructor and Two Hand Casting instructor. Todd is very active with the casting certification program; He has offered casting classes at IFFF regional events and at the IFFF International Conclave and is involved in the IFFF Casting Instructor Certification Program (CICP) He is a dedicated IFFF member and devotes much of his time towards single and two hand casting and fly fishing instruction.  He teaches group, private lessons and can be contacted at azfishandhunt@aol.com 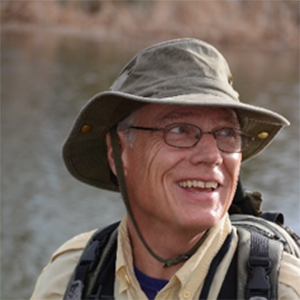 Jonathan Walter: Jonathan  joins us from Colorado. He is a Master Certified Casting Instructor and on the Casting Board of Governors of the IFF. He mentors potential certified instructor candidates and coordinates instructor certification tests for the IFF and contributes on several committees there.

Bill Wheeler: Bill has been fly fishing about 10 years when he moved to Washington State and landed up on Lake Alice. At first he thought his eyesight was going bad because he couldn’t see his fly when he cast. It turned out that his eyesight was fine, his casting was bad. So he started on a journey to become a better caster resulting in becoming an IFFF Master Certified Casting Instructor (MCI). He has had the opportunity to teach casting at the IFFF Fly Fishing Fair as well as the Ellensburg Fly Fishing Fair, Northwest Fly Tying Expo and various club and private venues. Bill is Past President of the Overlake Fly Fishing Club, edited the club newsletter and is currently VP Education for the club. Currently he can see his fly, he just wishes that more fish would see it.

Carl Zarelli: I have been fly fishing since 1975 and have fished from the bottom of South America to the north of Alaska.  Recent fishing trips have taken me to Russia in pursuit of Atlantic salmon.  I currently hold all IFFF casting certifications and hold APGAI certifications from the UK in double hand and single hand rods.