Conservation is a constantly evolving challenge. Everything we do on the land is reflected in the health of our waters. So beginning with this issue, Conservation VP Carol Anderson is going to focus this column on news that has an impact on Washington waters. Advocates need information and Carol will include links in each news item that allows FFI members to learn more about each issue. Carol’s goal is to inform people about ways to protect our waters and wild and native fisheries and help make conservation a winning strategy for everyone. 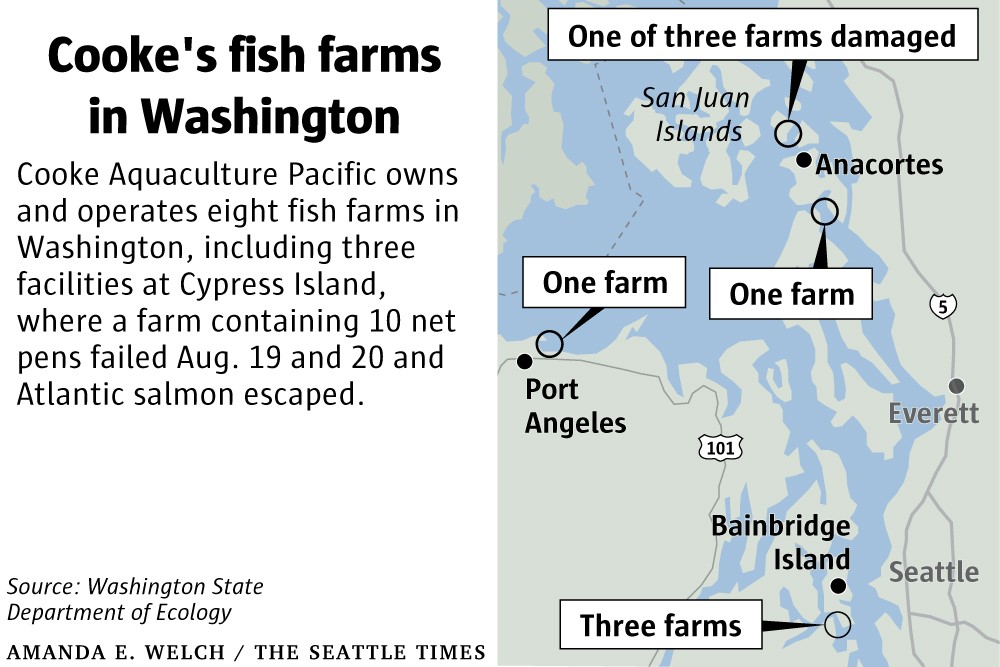 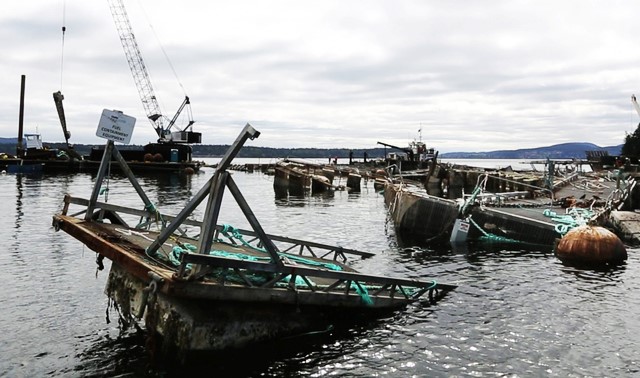 The Washington Department of Fish and Wildlife (WDFW) in January approved an application from Cooke Aquaculture to farm all-female, sterile (triploid) rainbow trout/steelhead in Puget Sound.

The five-year permit applies to the seven existing net pens in Puget Sound where Cooke holds aquatic leases with the Washington Department of Natural Resources. This includes four pens currently operating near Rich Passage and Skagit Bay, but may later extend to three other net pens owned by Cooke.

The decision comes on the heels of Cooke’s $2.75 million settlement with the Wild Fish Conservancy for damages caused by the collapse of Cooke’s net pen off Cypress Island, which released hundreds of thousands of farmed Atlantic salmon into the Salish Sea. The November 2019 settlement came days before the Wild Fish Conservancy lawsuit was to go to trial. The conservancy will use the settlement payment to fund projects to protect killer whales and wild salmon in Puget Sound through the Rose Foundation.

The Wild Steelhead Coalition is extremely disappointed that the Department of Fish and Wildlife has approved Cooke Aquaculture’s application to farm “steelhead” in Washington’s public waters and is calling on the state to block Cooke’s latest fish farm proposal.

In an agreement announced in December, the owners of the Anacortes Oil Refinery withdrew plans to manufacture and export through the Salish Sea 15,000 barrels per day of mixed xylenes — petrochemicals used to make plastics. In exchange, six environmental organizations agreed to drop an ongoing appeal of permits for the project. Skagit County, which issued the permits, also has signed the agreement, which cancels the permits.

Producing and exporting xylenes would have caused a dramatic increase in energy use at the refinery, resulting in a climate impact equivalent to adding 75,000 vehicles to the road. The appellants argued that the County’s environmental impact statement did not adequately analyze the risk of the additional vessel trips and increased threats to the endangered Southern Resident Killer Whale population in Puget Sound.

For More Information: RE Sources

The Wild Fish Conservancy sent a legal notice in January to NOAA and the US Department of Commerce warning the agencies their 2020 ocean harvest plans fail to protect federally-listed salmon and Southern Resident killer whales, as required by the Endangered Species Act.

Kurt Beardslee, executive director of Wild Fish Conservancy (WFC) said in a statement that “It is irresponsible for NOAA to authorize this harvest in Alaska when they know it undermines efforts to restore imperiled wild Chinook populations in Washington, British Columbia, and Oregon rivers, and contributes to the starvation of endangered Southern Resident killer whales and fishing communities all along the coast.”

“Most people don’t realize that over 97% of the Chinook salmon caught in the ocean off Southeast Alaska are not from Alaska, they’re actually from rivers in British Columbia, Washington, and Oregon. These salmon are not Alaskan salmon, they belong to the rivers and peoples of the entire coast, as well as the killer whales and coastal ecosystems that depend on them,” said Beardslee.

Idaho Governor Brad Little has convened a Salmon Workgroup to discuss how to restore salmon and steelhead to Idaho and a group of 50 scientists hope to influence the debate with new science on dams, water temperatures and fish survival. The scientists have sent a letter to Northwest policy makers asserting that removal of lower Snake River dams could return the water temperatures to a safe level during the warm summers months.

Warming water temperatures have long been a concern of fish scientists. Last October, Trout Unlimited published a report claiming the four dams on the Lower Snake River have caused dwindling populations of salmon and steelhead as they migrate to natal streams in Idaho. The Idaho Governor’s Salmon Workgroup will hold its next meeting March 5, 2020 in Boise.

Suction dredge mining uses gas-powered engines to vacuum rocks, gravel and sediment from the bottom of rivers and creeks in search of gold. Science has shown the practice degrades water quality and disrupts the aquatic food. Surrounding states have limited the practice and two bills in the Washington Legislature would do so as well, by preventing suction dredging in salmon and steelhead habitat on rivers statewide.

Suction dredge mining goes on in the upper Yakima Basin, Upper Columbia, Lewis River, Spokane River, and Puget Sound rivers such as the Skykomish, Skagit, and Nooksack. These also are rivers where conservation groups and fisheries managers have spent millions to restore habitat. Protecting the water quality and habitat from motorized mining benefits salmon and helps increase the prey base for our orca population, as well as supporting economically vital sport, commercial, and tribal fisheries.

Neighboring states Oregon, Idaho, and California have already banned or limited suction dredging due to its proven negative impacts on fish habitat and water quality, but Washington State still lags behind. House Bill 1261 provides for common sense reform that would not ban mining, but would restrict suction dredge mining in areas critical to endangered fish populations.

Senate Bill 6149 and House Bill 1261 would ban suction dredge mining in Endangered Species Act-designated critical habitat for salmon, steelhead and bull trout and require Washington to regulate the activity in other waterways. Please contact your legislators and ask them to vote yes for SB 6149 and HB1261.

Action Alert – HB 1261 has recently passed through a key House Committee and is poised for a vote in the full House in the coming days. Please take a minute and email your state legislators now asking them to support this legislation now!