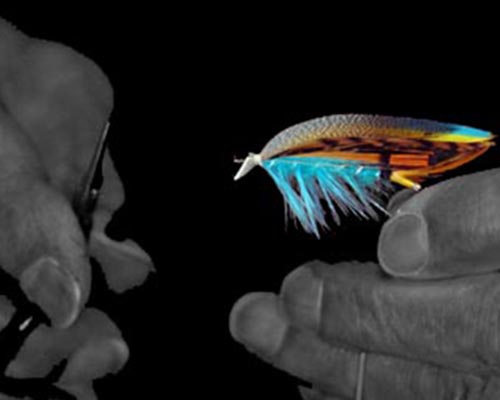 the hands of a Master

Harry’s contributions were many, but are side-lights to what a passionate and outstanding fly-fisher he was.  He loved to fish . Whether on a steelhead river where he was most recognized, the ocean salt in pursuit of silver salmon or on British Columbia’s Kamloops’ stillwaters, he caught fish.  He was a serious student of fly fishing, but there was a relaxed nature and approach to his fishing that made it enjoyable to be around him.

For all the respect and acclaim Harry justifiably received as a fly tier and angler, it was the character of the man that set him apart and made him revered by so many.  He was generous of his time and talents, an angler who gave back to the sport he loved, positive and upbeat, and humble of the pedestal many placed him upon.  In the wonderful world of steelhead fly fishing Harry Lemire was an IDOL.

The flies below were tie in hand by Harry and the pictures were taken by Harry. These flies were tied between 2006 and 2009