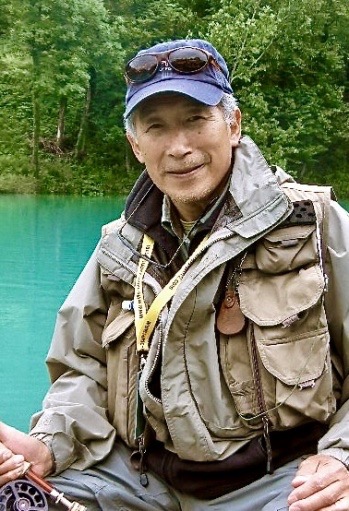 I am proud  to introduce our seasoned FFI member in Patagonia. His name is Jorge Trucco. He has spent his life as a pioneer in fly fishing establishing a reputation unprecedented throughout the fly fishing world. A native of Argentina, He pursued his passion at a young age even before fly-fishing became fashionable as a recreational opportunity. He grew up with the other legends guiding some of the most famous including Lefty Kreh, Mel Kreiger, Art Lee, Billy Pate, to name just a few. Serving as their guide was a profession but secondary to the deep personal relationships formed with each. These friendships evolved into a “mutual admiration” society elevating Jorge’s status to the industry leader throughout North and South America.

His well-deserved fame allowed Jorge to form Patagonia Outfitter’s, the premier Argentina fly-fishing outfitter in some of the world’s most sought after trout fishing destinations. The pristine waters of Patagonia attracted the rich and famous resulting in Jorge being revered as the “Guide of the Stars”.

From actors like Robert Duvall, Michael Keaton, Liam Neeson to celebrity stars like Super Bowl champion Coach Dick Vermeil, cyclist Greg Lemond, astronaut Wally Shirah, Federal Reserve Chairman Paul Volcker and even      President Jimmy Carter, he built endearing friendships with them all. These life long bonds formed because of fishing, but the attraction was Jorge’s extraordinary fly-fishing skills. Regardless of one’s level of experience, Jorge can guide you to a gratifying skill level previously unattainable.  He has been a teacher, mentor, pioneer, conservationist but equally important, a person who imparts friendship among sportsmen and respect for the natural resources we love to fish.

The accomplishments Jorge has amassed are overwhelming.

• Single handedly made the Patagonia Region of Argentina an international fly-fishing destination. 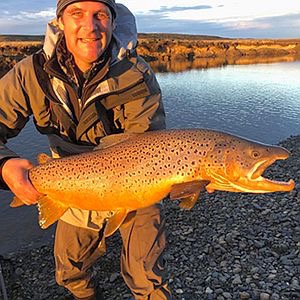 • Pioneered and established the ethics of “catch and release” regulations in Northern Patagonia.

• Successfully stopped construction of dams on the Collon Cura and Alumine Rivers in Northern Patagonia.

• Introduced the first drift boat (McKenzie) to the Patagonia area.

• Founded and chaired the Fishing Guides Association of Neuquen to promote fishing conservation.

• Organized and starred in several TV shows including “Fly Fishing the World”.

• Won the prestigious “One Fly” tournament in Jackson Hole,Wyoming.

• Elected chairman of the Argentina Chamber of Hunting and Fishing.

• Collaborated, participated, and was featured in the Joe Brooks Documentary.

• Transcribed and translated the complete Joe Brooks Documentary into Spanish.

After more than 40 years as a renowned fly-fishing guide, Jorge Trucco still loves to pull on his waders and help new friends experience the joy and love of being outdoors. Whether spending time tying flies, building rods, pursuing   photography, or recording music, he  is always excited to explore a new river.

Jorge is helping us in Argentina and the rest of Latin America for FFI to grow. Virtually all countries are fly-fishing destinations in one way or another, whether it is trout and salmon fishing along the Andes of Argentina and Chile, warm water fishing in northern Argentina and the rest of South America (golden dorado, peacock bass, wolf fish, etc, etc.), and numerous options for saltwater fly-fishing in northern South America, all of Central America and Mexico. Besides, all of these countries have their own fly-fishing communities which are rapidly growing. And then, there’s also Spain, where the fly fishing culture is centuries old and well established.