When people refer to The Tongass, they’re talking about the Tongass National Forest  located in the lower southeast section of Alaska. The nearest town is Wrangell.  It is 9.2  million acres, the largest National Forest in the USA and it has enjoyed protection from logging and development because it was designed a roadless area.

Despite opposition from environmental, indigenous groups and state politicians, the Trump Administration took a major step toward exempting the Tongass National Forest from a 2001 roadless rule preventing commercial logging and other development.  The forest serves as an enormous carbon sink, the equivalent of taking 650,000 cars off roads. Logging it would diminish its environmental benefit.

The Roadless Rule, issued by President Clinton in January 2001, prohibits road building and commercial logging in 58 million acres of U.S. forests, including The Tongass.

The Washington State Council of FFI has signed on a letter with Washington Wild of Seattle opposing the repeal of the Roadless Rule in The Tongass.

To learn more about this subject, Google “Tongass National Forest” and you’ll read for hours. 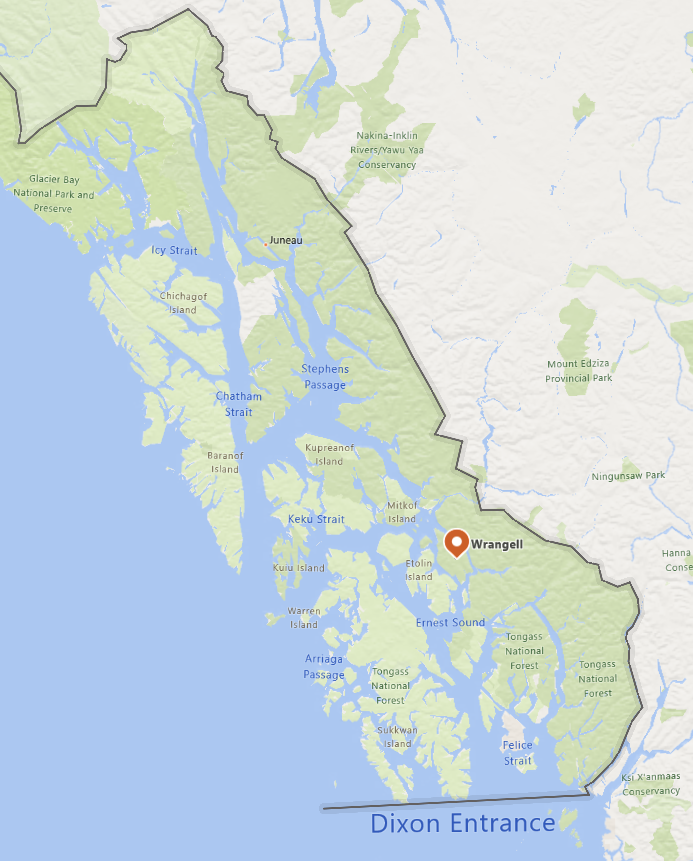 The Tongass National Forest stretches about 400 miles from Skagway south to Ketchikan and east to the Canadian border. Fishing has long been the dominant industry. Logging surged after World War II, much of it to support pulp mills that exported to Asia. Lower margin pulp production gave way to more profitable tourism in the 1970s that today employs about 10,000 in a $2 billion industry focused on boating, fishing, hiking and lodging. There are 31 communities in The Tongass including Juneau, the state capitol.