This next tip utilizes Quick Tip #1 to get a desired hackle length. For propose of illustration I have set the hackle length to be equal to the hook length. (Personally, I prefer 3/4 hook length for a soft hackle; but, that is not quite as simple to illustrate.) 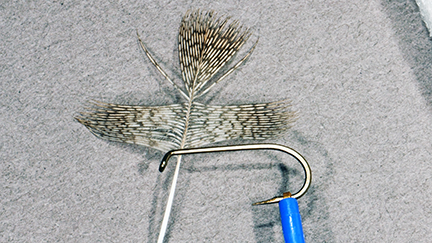 Once we have the hackle of choice, we are ready to tie a soft hackle collar. The standard way to tie this hackle is by the tip, the feather tied in such that the fibers are concave face rearward and fold the hackle rearward as you wrap the hackle. This works plain and simple. One big disadvantage about this method, most people do not on make 1-2 turns but 3-4-5 turns and then fly becomes over dressed. (Remember, when tying flies, most of the time less is better.) 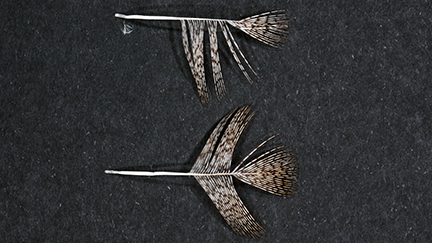 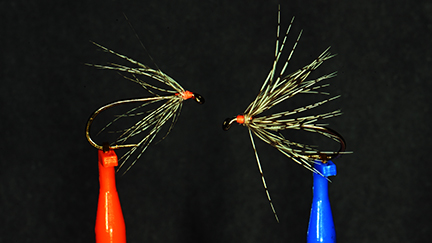 At this point you tie in the tip of the hackle and wrap the hackle as you normally would. You do not have to fold the hackle fibers back because you are dealing with fibers already flowing rearward; plus, you have a fly that will not be over dressed even if you make extra turns. This method is much simpler, faster and creates a neater fly than the conventual method.

(Note: If the pattern calls for two turns or for that matter 1 1/2 turns using the conventional method, with only half as many fibers, you will have to make 4 turns or 3 turns using this tip hackle fiber method)